As previously mentioned, Cate is working on the third study guide for her Aslan in Our World series, the one on The Voyage of the Dawn Treader. Now, since the rest of us at the Writery needed to read the story over again, in order to have it fresh in our minds when it came time to do the editing, Cate decided she should just read it aloud to us as our novel for “Reading and Refreshments” this month

The truth is, all of us have already read The Voyage of the Dawn Treader many, many times, so we really didn’t need our memories refreshed. But we were glad of an excuse to read it again for “Reading and Refreshments,” as it is probably our favourite of the Narnian chronicles. How could you not love a story with such a clever opening?

There was a boy called Eustace Clarence Scrubb, and he almost deserved it.
– The Voyage of the Dawn Treader

Pure brilliance, isn’t it? With that one witty sentence, Lewis gives us a clear-cut picture of Eustace’s character.

The book only keeps on getting better from there, as Lucy, Edmund, and Eustace are drawn through a picture onto a Narnian ship led by Lucy and Edmund’s old friend Prince Caspian. Caspian is sailing out in his royal ship the Dawn Treader towards the Lone Isles, in search of seven missing lords. But that is only the beginning of the journey, they intend to sail on in quest of the most exciting of destinations . . .

“That is my main intention [said Caspian]. But Reepicheep here has an even higher hope.” Everyone’s eyes turned to the Mouse.
“As high as my spirit,” it said. “Though perhaps as small as my stature. Why should we not come to the very eastern end of the world? And what might we find there? I expect to find Aslan’s own county. It is always from the east, across the sea, that the great Lion comes to us.
“I say, that is an idea,” said Edmund in an awed voice.
– The Voyage of the Dawn Treader

I won’t tell you whether they do reach it in the end or not, but I can tell you that they find more than their share of wondrous adventures. And it is in this theme of voyage and discovery, I believe, wherein lies the particular charm of this Narnian chronicle.

The wind never failed but it grew gentler every day till at length the waves were little more than ripples, and the ship glided on hour after hour almost as if they were sailing on a lake. And every night they saw that there rose in the east new constellations which no one had ever seen in Narnia and perhaps, as Lucy thought with a mixture of joy and fear, no living eye had seen at all. Those new stars were big and bright and the nights were warm. Most of them slept on deck and talked far into the night or hung over the ship’s side watching the luminous dance of the foam thrown up by their bows
– The Voyage of the Dawn Treader

And of course they run into all kinds of fantastic creatures and interesting characters—including one whom they turn out to already know quite well . . .

He had turned into a dragon while he was asleep. Sleeping on a dragon’s hoard with greedy, dragonish thoughts in his heart, he had become a dragon himself . . .
“Are you the Lord Octesian?” said Lucy to the dragon, and then, when it sadly shook its head, “Are you someone enchanted—someone human, I mean?”
It nodded violently.
And then someone said—people disputed afterward whether Lucy or Edmund said it first—“You’re not—not Eustace by any chance?”
And Eustace nodded his terrible dragon head and thumped his tail in the sea and everyone skipped back . . . to avoid the enormous and boiling tears which flowed from his eyes.
– The Voyage of the Dawn Treader

Of course, it turns out all right; Eustace becomes “undragoned” in one of the most beautiful passages of the book and becomes a reformed character—sort of.

It would be nice, and fairly nearly true, to say that ‘from that time forth Eustace was a different boy.’ To be strictly accurate, he began to be a different boy. He had relapses. There were still many days when he could be very tiresome. But most of those I shall not notice. The cure had begun.
– The Voyage of the Dawn Treader

Oddly enough, considering the amount of feasting that goes in The Voyage of the Dawn Treader, we had an dreadful time finding an appropriate dish (roast goat, cold peacock, mead, and mulled wine being out of the question, and mushroom soup not being considered enough of a “treat”) to make for the refreshments. Thankfully, Lucy’s meal with the magician on the island of the Dufflepuds provided some viable options . . .

The table was bare when they entered, but it was of course a magic table, and at a word from the old man the tablecloth, silver, plates, glasses, and food appeared.
“I hope that is what you would like,” said he. “I have tried to give you food more like the food of your own land than perhaps you have had lately.”
“It’s lovely,” said Lucy, and so it was; an omelette, piping hot, cold lamb and green peas, a strawberry ice, lemon-squash to drink with the meal and a cup of chocolate to follow.
– The Voyage of the Dawn Treader 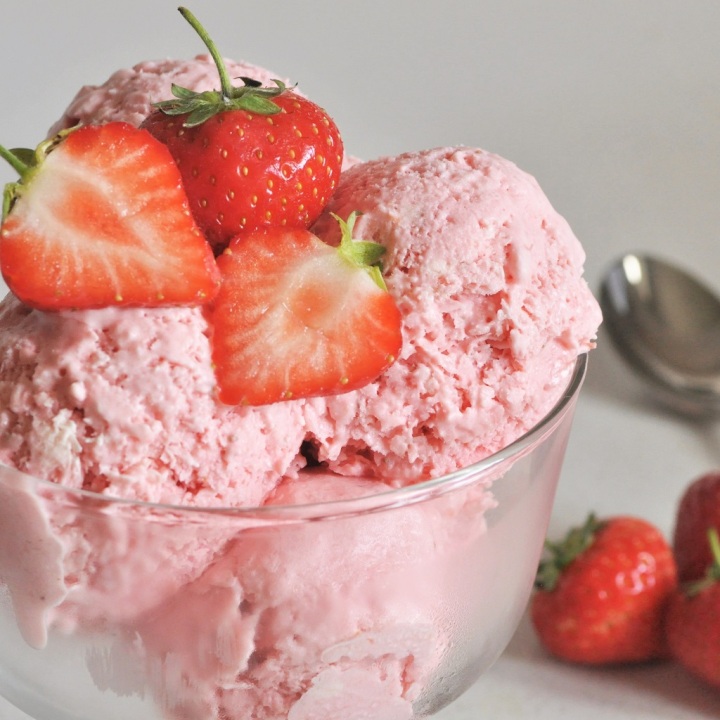 We decided on strawberry ice, naturally. What could be more refreshing than that? And ice cream always has a sparkle of magic about it that makes it well-suited to pairing with this magical tale. 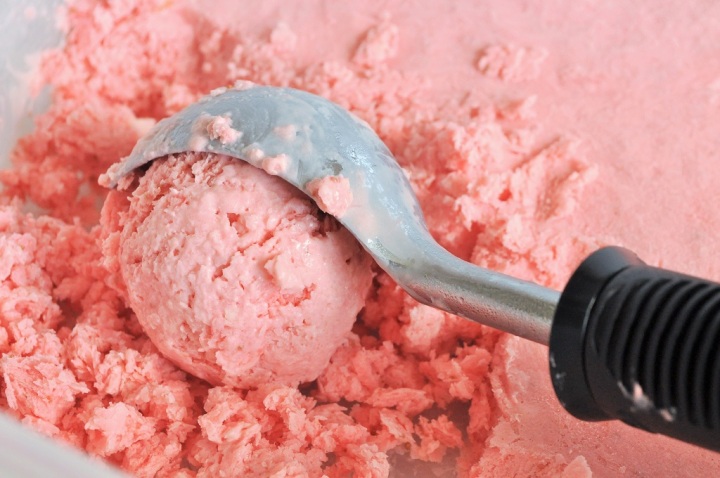 If you decide to hold your own “Reading and Refreshments,” please let us hear about it! Tell us how your family enjoyed the book and whether or not you made ice cream to go with it. If you can, send us a photograph as well. You can contact us at thesiblingwritery@hotmail.com. 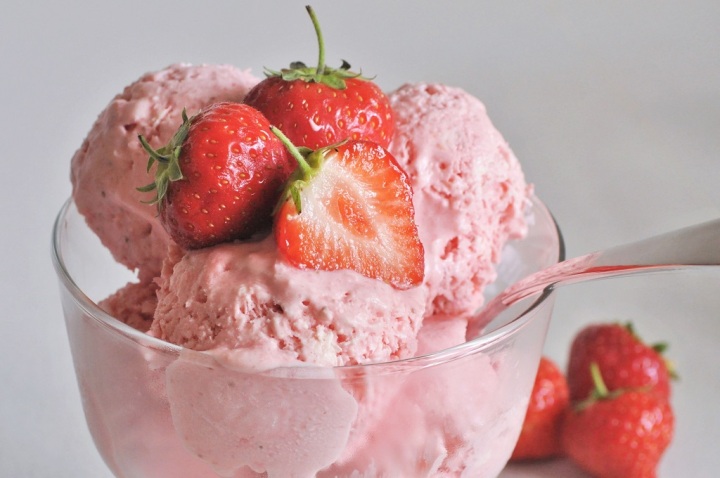 The next installment of “Reading and Refreshments” will be coming out in November. Read and enjoy! 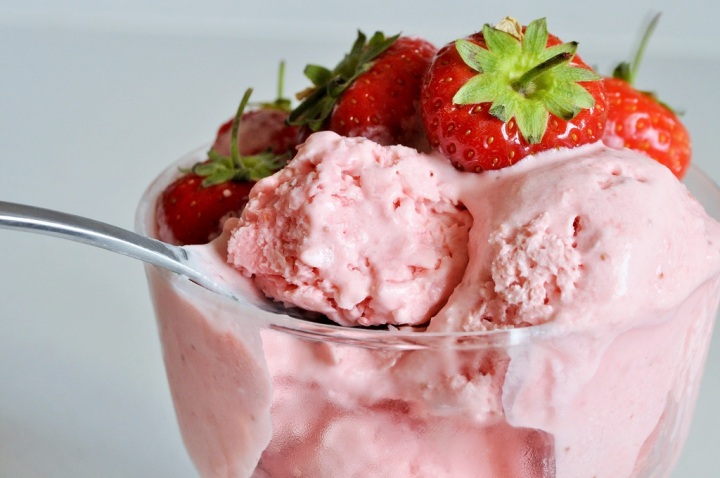